The Rockpile
Where Rock Will Never Die.

It was really nice to invited to a LIVE SHOW during this time where live shows are very hard to find on a big stage. Rockpile is living up to what it says on that big sign out front.

ROCKPILE “WHERE ROCK WILL NEVER DIE” 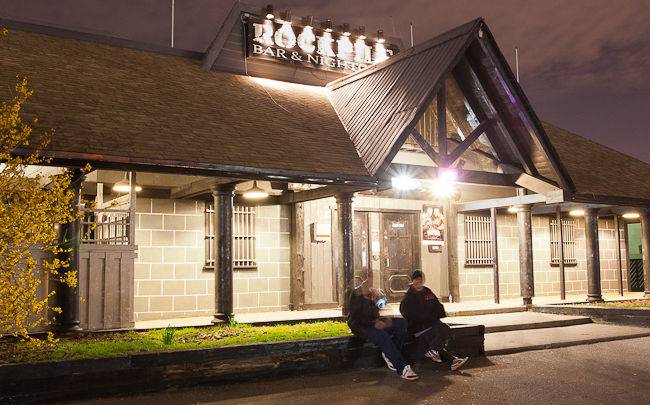 This was a night of Live Music almost in Defiance of Covid-19. The Rockpile ownership and staff were on the ball and being hyper-vigilant. But more importantly, the patrons many of whom were musicians themselves were respecting the rules. It was not 300 people moshing but it was Rock n Roll and I liked it.

On this night we got a chance to see SNAKE RIVER REDEMPTION. I got stopped at the door by a courteous but very serious door person stating that COVID safety was a priority and she gave me the lowdown.  After I had shown I was COVID FRIENDLY, I walked in and said hello to some friends who I had not seen in person in months.  Like Johnny No Cash, Karina Davy, and the Rock Pile  Boss Dominic. After some very funny elbow bumps and waves hello we got to our table, sat down, and got comfortable.

With the table set apart, fairways, and people expected to stay at them it seemed a lot more formal than pre-COVID shows. There was no MC/Host to announce the band. I am sure it was because their mouth would have to be so close to the same mic the band would be using. So the band introduced themselves and got down to business.

Snake River Redemption was very gracious and put on a great show. They were playing like the house was packed. Well except for the abundance of fun and funny banter & commentary between the bandmates.