Lenny Kravitz’s abs are having a moment— again! But we’re not complaining.

The singer took time on Wednesday to share a black-and-white photo of himself with a patterned towel draped over his chiseled pecs and toned abs.

“1:56pm,” he captioned the image, which also displayed his signature dreadlocks and heavy sunglasses.

“Always the hottest, my biggest crush,” one fan wrote.

“With this view, time stands still,” wrote an admirer, with another adding, “Just finished ‘Let Love Rule’—thank you for sharing yourself — and giving readers a fabulous sensory experience.”

As history shows, Kravitz is no stranger to the thirst trap. Last fall, the singer wowed fans with his abs on Instagram.

“2:37pm. Good morning. All-nighter in the studio last night. 3 albums on the horizon. Going back in. Love,” he wrote last September alongside a photo of himself showing off in the kitchen wearing a leopard print shirt.

Before that, in July 2021, the singer shared a series of photos of himself in an unbuttoned shirt as he walked barefoot holding an axe. Now that’s a thirst trap!

Kravitz, who resides in the Bahamas, has spoken openly about his active lifestyle. In a 2020 interview with Vogue, the singer spoke about how he does daily hour-long bike rides around the island.

“That’s been my form of cardio that I enjoy the most here, rather than being on a treadmill,” he said. “It’s getting out in the sun and riding on the road with a lot of it on the ocean. It’s so beautiful, and it gives you time to meditate.”

The singer also spoke about taking a holistic perspective when it comes to health.

“My grandfather lived up into his 90s, and he had a thirst for life, for learning, for growing, and I think I’ve inherited that from him,” he noted. “With the genes that I have from my parents and my grandparents, we don’t seem to visibly age like one might think, so all of those things together — with, of course, taking care of yourself, putting the right things in your body, and taking care of your mind and spirit — have contributed to aging just being about experiencing and living, not about falling apart.”

Look chic, look punk, look punk rock! If you want to dress like a real punk this 2018 in an adult way, then I highly recommend taking a look through this awesome compilation of refreshed punk rock street style looks. This year comes with some great vibes and details. We see oversized leather jackets, slouchy blazers, printed shirts, plaid skirts, and dresses, ripped jeans, etc. Personally, I like the way many ladies have translated this trend in a modern way, by adding leather pants, vintage tees, sexy stilettos, statement boots by Dr. Martens, oversized blazers, etc. Punk is officially back but in a more voguish look and max vengeance. Of course, you can go for fishnets, spikes, studs, dyed hair, and patches, but be sure to look like 18 years old girl. But there is an easy way to look punk, yet stylish. I’ve rounded some great looks for your one and only inspiration. Hope you will enjoy this compilation as much as I do. 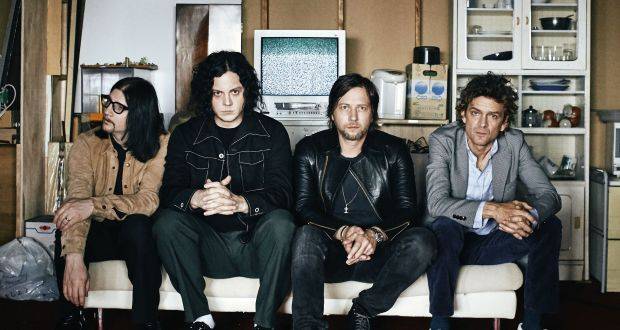 Jack White on The Raconteurs: ‘Everyone’s in this thing together’   Help Us Stranger marks the return of Jack White, Brendan Benson, and The Raconteurs.…