“Mötley Crüe and I’ve never been in the same studio”

Third Eye Blind’s Stephan Jenkins has responded to a beef between himself and Mötley Crüe, depicted in the new show Pam & Tommy.

In the fifth episode of the new Hulu show, Tommy Lee (played by Sebastian Stan) walks into a studio before being alerted that the larger Studio A is being used by Jenkins’ band, and that the Crüe are demoted to Studio B.

“Hey, who the fuck are you guys?” Lee says in the scene. “I’ve got bad news for you, Third Eye Blind. Studio A is Mötley Crüe’s room.”

“Really? That’s funny,” Jenkins (portrayed by Jeffrey Conway) replies. “Because we’re booked into it for the next six weeks.”

Speaking to Variety, Jenkins said the scene is entirely fictional and he has never met Tommy Lee or been in the same studio as Mötley Crüe.

“Mötley Crüe and I’ve never been in the same studio,” he said. “I recorded my whole first album in Northern California. So we were across the state from each other at the very least.”

He added: “I had never, in fact, listened to Mötley Crüe. I never even heard them. I actually saw Tommy Lee’s penis before I ever heard their band. I was like, ‘Well, good on ya, Tommy. Well done, lad.’ I literally had never heard them. But I somehow saw the sex tape. I’d also never seen ‘Baywatch.’ So I had never seen Pam or Tommy. That was my first introduction to them.”

Discussing the decision to include the scene, Pam & Tommy executive producer Rob Siegel said: “I felt like that was the perfect band [for the scene]. I did a little quick Google search, what label was Mötley Crüe on? Elektra. Who else was on Elektra? Third Eye Blind. The timing was perfect. In 1996 they’re working on their debut album. So the scene is fictional, but I like to think it absolutely could have happened!

Lily James, who plays Pamela Anderson in the series, has defended the “essential” sex scenes in the show.

“We really felt that the sex scenes had to be a part of the story and had to be essential to the script and progressing their relationship and looking at what happened,” she told The Sun. “It was a really great constant conversation and nothing was set in stone.”

From The Dillinger Escape Plan‘s chaotic beginnings to the “trauma” of their ending, Greg Puciato looks back over life on heavy music’s frontline 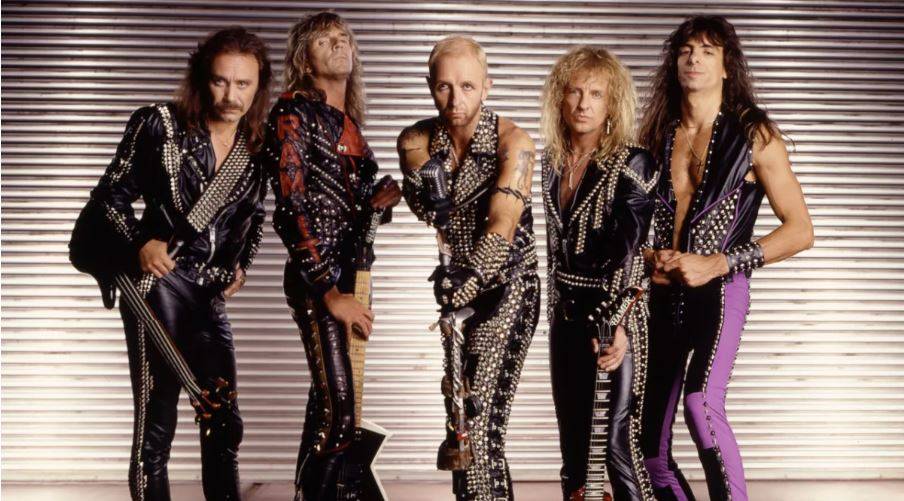 Acid trips. Helicopter rides. Car crashes. Screaming For Vengeance might have broken Judas Priest in the US, but its creation almost broke the band